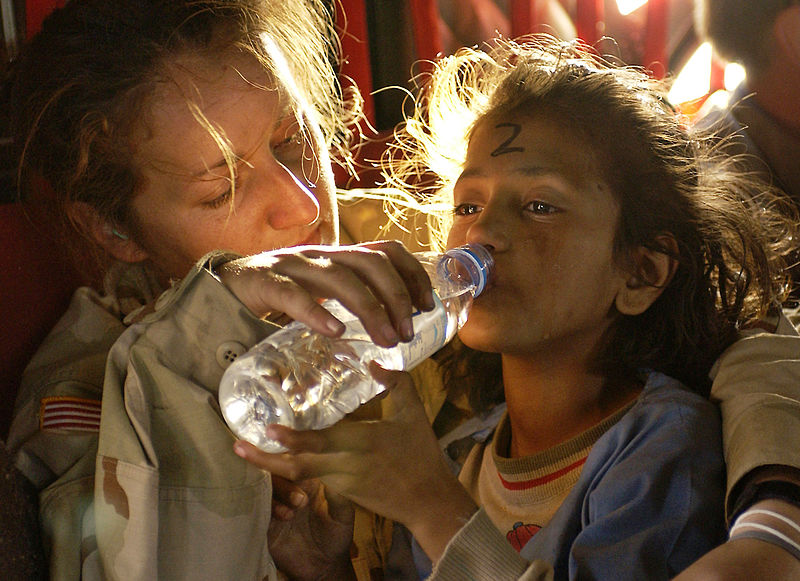 8The LORD lifts up those who are bowed down

If we are to take the scriptures seriously we must recognize that the source of life is justice, shared bread, liberty, and care for the vulnerable.

5Happy are those whose help is the God of Jacob,
….whose hope is in the LORD their God,
6who made heaven and earth, the sea, and all that is in them;
….who keeps faith forever;
7who executes justice for the oppressed;
….who gives food to the hungry.
The LORD sets the prisoners free;
….8the LORD opens the eyes of the blind.
The LORD lifts up those who are bowed down;
….the LORD loves the righteous.
9The LORD watches over the strangers;
….he upholds the orphan and the widow,
….but the way of the wicked he brings to ruin.

And, yes, what we see in Jesus is a sacrificial death on the cross. There is redemption here, and forgiveness of sins, and the promise of imperishable life. But everything else Jesus said and did was about justice, shared bread, liberty, and care for the vulnerable. He welcomed the stranger, the unclean, the outcast. He was willing to touch the leper. He received with grace an anointing by an unknown woman. He called Zacchaeus down from the tree. He treated the scorned and broken woman at the well as a member of his own family.

Justice, shared bread, liberty, and care for the vulnerable. Jesus embodied the work and word of God. All people are ‘neighbor’, members of our own tribe. Enemies are loved, shown the faithfulness extended to members of our own household. And we are to do as he did, to be as he was, to breathe his Spirit.

Sunday’s psalm brilliantly declares that the font of life is faithfulness and care for the stranger, the weak, the poor. And what shall we do with the little phrase “the LORD loves the righteous” in the middle of this litany of care for the often forgotten and neglected? Can “the righteous” be anything other than those who show all that the psalm has proclaimed?

“The way of the wicked” cares for something other than the weak…and its end is ruin.