The Seventh Sunday after Epiphany

Having declared that the poor, the hungry, and the grieving are honorable in God’s sight (they embrace the values of God’s reign), and calling the rich shameful for enriching themselves at the expense of others, Jesus moves immediately to “Love your enemies, do good to those who hate you, bless those who curse you, pray for those who abuse you.”

Our obligation as participants in the reign of God is to live the way of God: “If you love those who love you, what credit is that to you? For even sinners love those who love them… But love your enemies, do good, and lend, expecting nothing in return. Your reward will be great, and you will be children of the Most High; for he is kind to the ungrateful and the wicked. Be merciful, just as your Father is merciful.”

A new administration has come, with a new set of values. These are not the values of empire that amasses great fortunes from conquered peoples; these are the values of a God who makes the makes “his sun rise on the evil and on the good, and sends rain on the righteous and on the unrighteous,” who anointed Jesus “to bring good news to the poor…to proclaim release to the captives and recovery of sight to the blind, to let the oppressed go free, to proclaim the year of the Lord’s favor.”

At the heart of this new administration is showing to all people the fidelity and allegiance we show to our own people. Israel knew the command to love the neighbor, but who falls inside the circle? Who is one of us? Even the Roman soldiers, says Jesus, and foreign mercenaries marching through their lands, even the tax gatherers helping Rome and Judea’s elites to plunder the people, even the sinners pushed beyond the limits of proper behavior, even the pious full of self-righteousness and judgment.

And why such audacious and generous love? Because such is the love of God. Such is the reign of the Spirit. Such is the new world born in Jesus.

So Sunday we will hear about Joseph’s extravagant grace to the brothers who sought to kill him but settled for selling him into slavery and telling their father his favorite child was dead, dousing Joseph’s special coat in blood to show a lion got him. But Joseph will see beyond their vengefulness to the bounty of God, and will provide for them all during the five years of famine to come. And Sunday we will hear the poet remind us not to “fret because of the wicked…for they will soon fade like the grass.” “Refrain from anger, and forsake wrath,” for “the wicked will be no more,” “but the meek shall inherit the land, and delight themselves in abundant prosperity.”

…In abundant prosperity. In overwhelming grace. In an audacious and generous love.

God of truth,
make us attentive to the teachings of your Son
that in his words we may find the path of life.

First Reading: Genesis 45:3-11, 15
“I am your brother, Joseph, whom you sold into Egypt.” – Joseph reveals himself to his brothers and receives them with grace.

Psalmody: Psalm 37:1-11, 39-40
“Do not fret because of the wicked…Yet a little while, and the wicked will be no more…But the meek shall inherit the land.” – the poet meditates on the destiny of the corrupt who ignore our God-given obligations to one another and promises the fulfillment of God’s promise (the land) to those who remain faithful.

Second Reading: 1 Corinthians 15:35-38, 42-50
“But someone will ask, “How are the dead raised?”
Arguing against those in Corinth who deny the bodily resurrection, Paul now attempts to convey the notion that the resurrected body is different than our present existence.

Gospel: Luke 6:27-38
“Love your enemies, do good, and lend, expecting nothing in return. Your reward will be great, and you will be children of the Most High; for he is kind to the ungrateful and the wicked.” After opening Jesus’ teaching about the dawning reign of God with Jesus’ declaration of those who are honored and shameful in God’s eyes, Luke immediately sets forth Jesus teaching, “Love your enemies,” for this is the pattern of God’s action in the world. 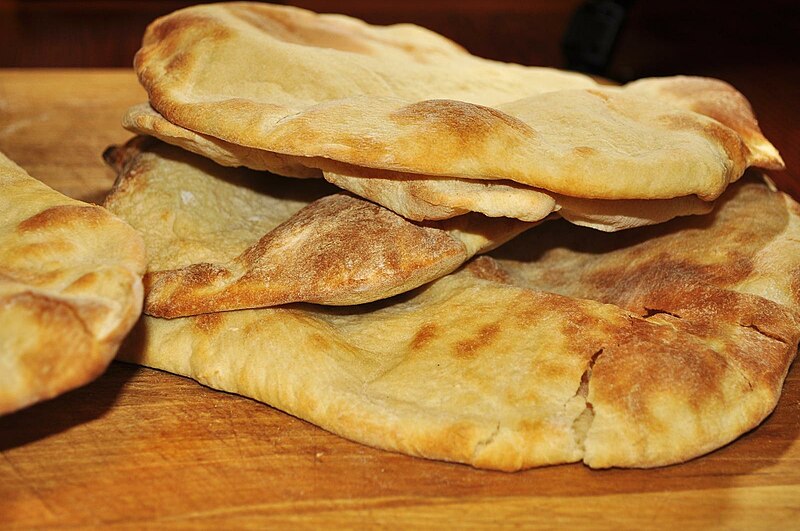 46 My soul magnifies the Lord,
47and my spirit rejoices in God my Savior.

As I was distributing the bread during Holy communion today, a little girl exclaimed with joy something like “Oh, goodie! I got a big piece!!” and showed it to her mom.

I loved the joy. I loved the enthusiasm. I also love the metaphor. Would that we could all come to communion with the exuberant joy that we got a “big piece” – the fullness of God’s love and mercy.

There was a woman, once, who came back from a retreat in that same exuberant joy. She said she had always known God loved her. But she described the love she had experienced as those little pieces of bread. “Now,” she said, “I’ve gotten the whole loaf!”

A lot is going on in that story, but we all recognize the portrait of heaven’s extravagant, reckless love. We are miserly with God’s love and mercy, sometimes. Miserly in handing it out. Miserly in receiving it. I wish that every Sunday morning we could all see and rejoice that we have gotten a big piece!