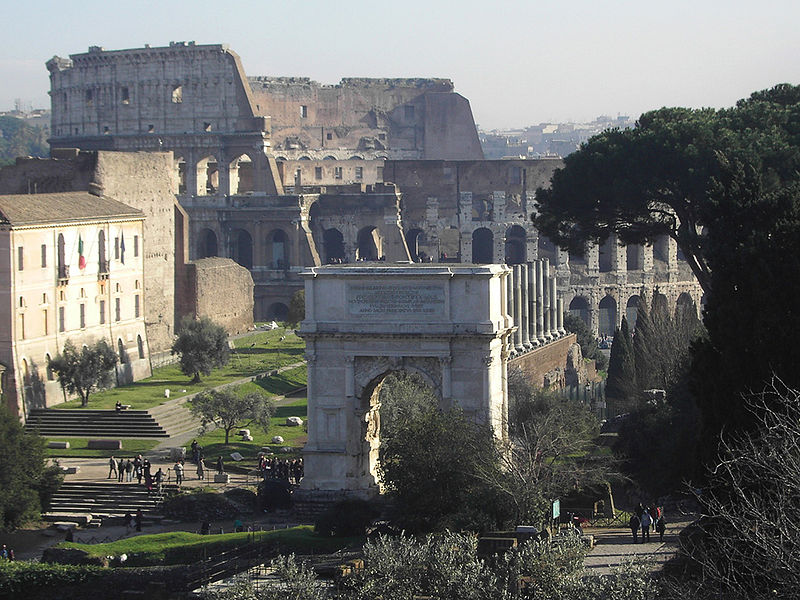 27My sheep hear my voice. I know them, and they follow me. 28 I give them eternal life, and they will never perish. No one will snatch them out of my hand.

It’s hard to know how many people perished when Judea rose in revolt and Titus came to crush the rebellion. Josephus says 1.1 million died in Jerusalem and 97,000 were carried off to slavery. We see their image carved into the Arch of Titus in Rome. They are in chains and the temple treasures held high as booty. It paid for the construction of the Roman Coliseum, where many more Jews and Christians would lose their lives.

When John’s community listens to this set of images about the good shepherd, the thieves and bandits, and the hirelings, Jerusalem’s tragic story is not that many years behind them.

‘Perish’ is a soft translation for a word that typically means to kill or destroy utterly. ‘Snatch’ seems like trying to grab something off my brother’s desk when I was ten, rather than the 97,000 taken away by force.

The hirelings are the Jerusalem elite who saved their skins. The thieves and bandits are the rebels acclaimed as messiahs (or condemned as terrorists) who seized control of the city and led the revolt. And the wolf is the Roman Army that came “to steal, kill and destroy.”

The history is brutal as revolutions often are. Consider the reign of terror in Paris or the ruthlessness of the Russian Revolution or the killing fields of Pol Pot or the ISIS beheadings in the ancient Roman theater in Palmyra. The Judean revolt was not different. But it ended with utter destruction and slavery.

Caiaphas will say that “it is better for you to have one man die for the people than to have the whole nation destroyed.” (11:50) Yet the truth of the matter is that the path followed by Caiaphas and the nation led to destruction. The path offered by Jesus would have led to life.

And still that path is offered to us every Sunday around a table with broken bread. But the path of wars and crusades seems too alluring. Compassion, mercy, justice, faithfulness – they don’t rouse the crowd like anger, hate and claims of divine approval. But they are life. Imperishable life.

Followers of Jesus where crucified and slain in the chaos of that war. Some by Rome and its allies. Some by their fellow countrymen. But they knew true life. And no one can ever snatch them from Jesus’ hand.

Image of the Arch of Titus: https://commons.wikimedia.org/wiki/File%3ARomeArchofTitus02.jpg By Alexander Z. (Own work) [GFDL (http://www.gnu.org/copyleft/fdl.html) or CC-BY-SA-3.0 (http://creativecommons.org/licenses/by-sa/3.0/)%5D, via Wikimedia Commons

Closeup of the Arch: https://commons.wikimedia.org/wiki/File%3ARom%2C_Titusbogen%2C_Triumphzug_3.jpg  By Dnalor 01 (Own work) [CC BY-SA 3.0 at (http://creativecommons.org/licenses/by-sa/3.0/at/deed.en)%5D, via Wikimedia Commons